Why the name "Trump Fan" pool?
Trump was, and still is, a bulwark against the decay of the left. I thank him. This stake pool supports those that express the same strength, standing against the social and economic destruction caused by the left. Whether it be in the USA or globally.
Unfortunately there were many lies about Trump that people blindly believed. E.g. the lie that Trump was racist. The lie that Trump called white supremacists very fine people. The lie that Trump said to inject bleach during the pandemic. Those who failed to do basic research believed this incessant, false narrative.
The importance of healthy skepticsm, thinking critically about the information you're exposed to, cannot be overstated. This ties in with the mission of this pool, supporting those voices that are exposing the constant misinformation and manipulation coming from the left. A global problem.

Please note. I'm just a regular Trump fan. This is not an official Trump pool. 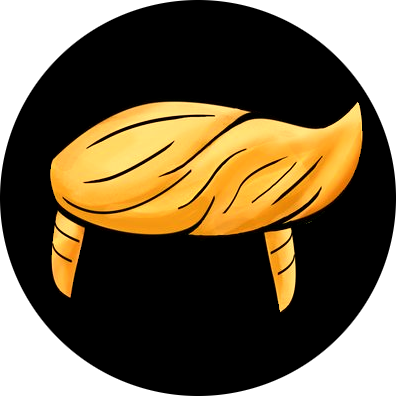 I have minted a limited supply of 1,000,000 $TRUMP tokens as an acknowledgement of one of the greatest leaders in modern history.

This is a one-time mint using a time-locked policy. No more $TRUMP can be created. With the small supply, this is an exclusive token.

There are no inflation or deflation attributes coded into this token.

I will be sending $TRUMP to those delegating in Trump Fan stake pool as a way of communicating my thanks.

Currently I am one-off issuing Trump Tokens calculated by total staked (longer than one epoch) divided by 100.
So 5000 ADA staked for a full epoch would receive 50 Trump tokens. If you later increase your stake substantially, contact me and I will arrange to top up your Trump Tokens for the increased staked amount.

What is Cardano, and what is a stake pool?

Some would simply describe Cardano as a cryptocurrency, but that wouldn't be quite right.
Cardano is a crypto based operating system upon which applications can be built - decentralised exchanges and financing, digital ID's, parcel tracing, document authentication are but a few examples of the scope possible.

Ethiopia for example is building their student and teacher ID's, and proof of education records on Cardano. Over 5 million students and 750,000 teachers will receive digital ID's. This system will provide all students with tamper-proof, blockchain-verified digital ID's and qualifications to reduce fraudulent university and job applications. Employers will be able to verify all applicants’ grades without third-party agencies.

Stake pools are computers that run the Cardano network. They process all the transactions on the network, maintaining the blockchain.

Holders of ADA can stake (assign) their cryptocurrency to a stake pool to earn a portion of the stake pool's income. Whenever the stake pool receives and processes a block of transactions, it is compensated for operating the network. Some of that compensation diverts to those people staking ADA in the pool. ADA holders can select stake pools through their Cardano wallet - Daedalus wallet for desktop and Yoroi wallet for mobile.

The stake pool has no control over the ADA in the pool. The person staking their ADA maintains 100% control and can still transact, sell or spend it as they wish. The pool operator will merely see fluctuations in the amount staked in their pool. There are no lock periods for staking.

The size of the stake pool determines how many blocks (groups of transactions) they are allocated by the algorithm. The larger the stake pool, the more blocks it will receive. Thus the stake pool will try and attract ADA holders to stake in their pool.
This method is in stark contrast to Bitcoin where miners increase their chances of receiving a transactional block by increasing the number of powerful computers they apply to the Bitcoin network. This creates the problem of Bitcoin using as much electricity as a medium-sized country. Regardless of electricity generation methods, this is an archaic and wasteful method of running a network.
Computational power has no bearing on the Cardano network, thus making it infinitely more power efficient.

Note that stake pool fees impact on the return received by delegators. If a pool owner sets high pool fees, those staking in the pool will receive less return. Rather than 5-6% return, they might average 4-5%. The pool operator can take a larger or smaller slice of the reward pot, leaving less for delegators.

Trump Fan pool is running with low fees. Fixed block fee is set at the lowest the network allows @ 340ADA, and variable fee is set at 1%.